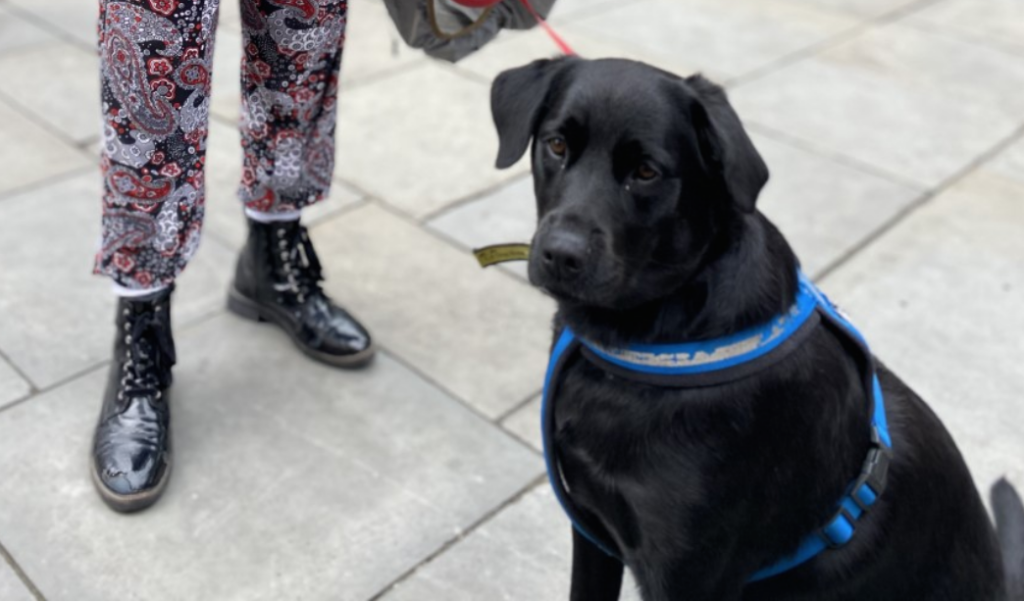 Sandra, a transgender woman was made homeless earlier this year.
Sandra came out as a trans-woman in March 2019, and has faced difficulties with her housing as a result. She Moved into a starter tenancy earlier this year, but since starting to transition, she has experienced abuse and transphobia from her neighbours, even her landlord.
During lockdown, as she transitioned she found herself without a house. Her landlord said “We don’t want your type in our properties”. Sandra has faced a lot of abuse, even having rocks thrown at her walking down the streets; her “life was a living hell”.
After finding herself on the streets, Sandra fled to Brighton hoping for better support, however, due to her starter tenancy, she has been unable to get any help, and continues to sleep on the streets.
During her times on the street, Sandra has been abused and assaulted. She doesn’t move from her sleeping area, where she is in public view, and relies on her dog to keep her safe.
Finding housing has been difficult, because many still do not see her as a female. Many helplines won’t help because they don’t understand trans issues and are reluctant to give advice in areas they don’t know enough about. So Sandra continues to sleep on the streets. 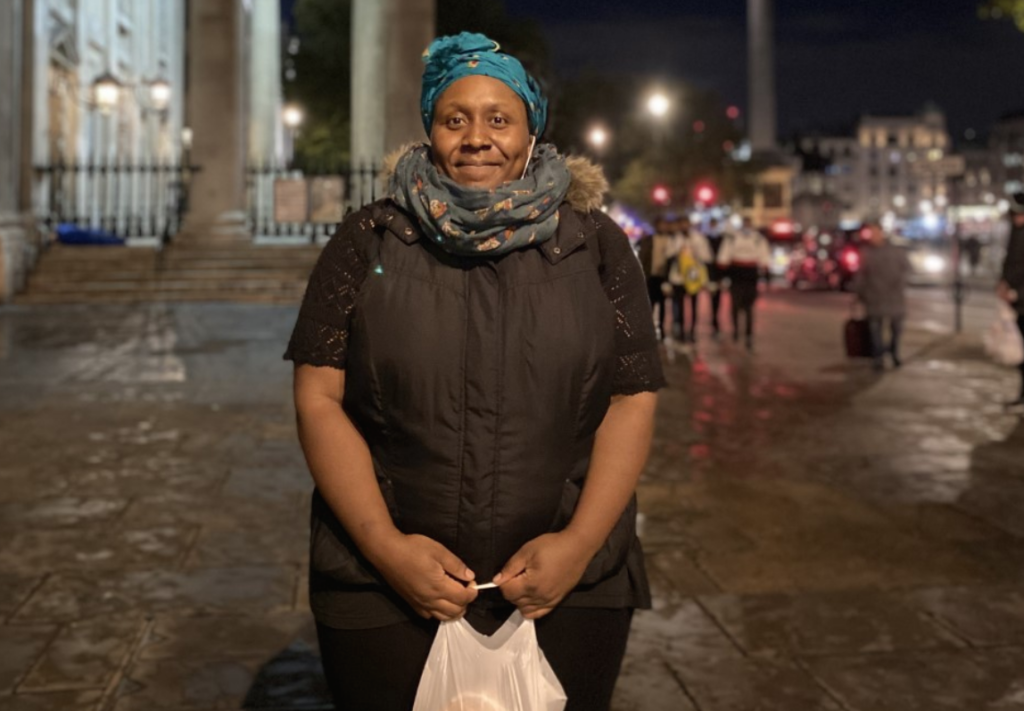 Claire suffers for mental health issues. As a result of her PTSD, she struggled to cope living in a flat on her own. She sometimes comes down to our queue because money has been tight since she lost her job. Some months, she is left with no money and says that services such as ours means she doesn’t “starve to death”.
More than just the food, Claire says that the queue is a good chance to see people and be amongst the community. She describes how lonely being homelessness can be, and sometimes says that it feels like “there is no one in the world who is going to care for you”.
During difficult times, Claire finds that art helps her express herself and control her mental health. In her free time, she also loves a bit of Kariokie- her go to song is Love Resurrection, Alison Moyet
Despite this, Claire is optimistic that her life will continue to improve, and says that services like ours help her to get back on her feet, and keep up her energy and strength.

Harry used to work as an aircraft engineer, but times got tough when he was made redundant and his parents died. He struggled to pay his rent and found himself living on the streets. After having a stroke just over a year ago, he finally got the help he needed. Harry has started to get back on his feet, and comes to rhythms of life because “the food is the best”. He also comes for the company, living in a single room on his own can be lonely, and “people don’t talk like they used to” so coming to the queue gives him the opportunity to have a proper chat and feel part of the world again.